The Quick Battle Resolution screen, aka the Battle screen, is only visible to the GM and allows them to quickly resolve army battles, as described at the end of Chapter 3: Warfare of Seeds of Wars: the core book.

The screen is divided into two sections, red and green, representing the two sides of the battlefield.

Note that the “Battle” button in the navigation menu is only enabled when military units of at least two different factions are located in the selected county on the map. 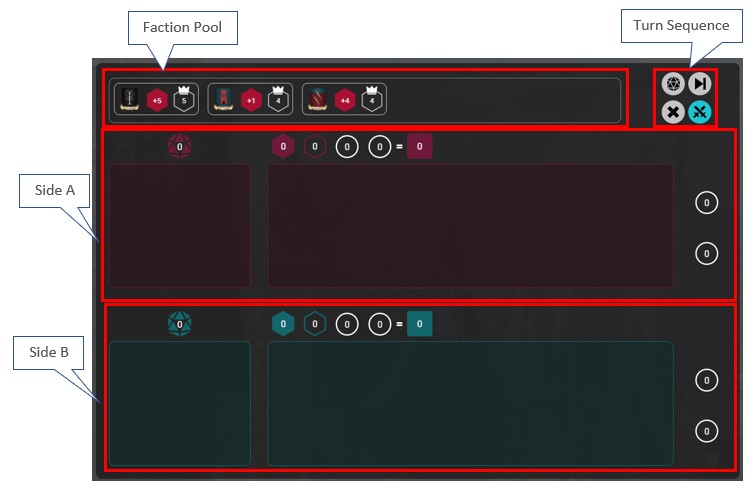