“We have ruled these lands for many generations now. The Barrier hides us from the Enemy but our children have never seen the stars and probably never will. Few are those who remember where to find the old Gates, let alone how to activate them. Our powers have made us rulers and conquerors but we must never forget. The Congregation will never stop searching. We must keep it safe.”

WHAT IS SEEDS OF WARS

Written by award-winning authors, this brand-new game will provide you with the following key elements:

Thousands of years ago, a galactic war erupted between the mighty civilization of Vareene and an invading alien force over a powerful technological secret that would grant its wielder dominion over the galaxy: the Catalyst. For all their valor and skill, the Vareene were vanquished, most of their people and planetary holdings wiped away in a terrible apocalypse, and the rest fighting a losing battle. To ensure their survival, the last bastion of the Vareene chose a remote, primitive planet named Ceres and sent their survivors there.

With their vastly superior technology and advanced learning, the Vareene refugees quickly rose as leaders among the native population. Many of the technological wonders they brought were initially intended as a means of striking back against the invaders who had destroyed their empire. On Ceres, they built several star-gates so they might one day travel across the galaxy as part of a coordinated strike.

Unfortunately, such would never come to pass. Now called the Congregation, the alien invaders combed over the ashes of the Vareene throneworld, searching for clues as to where they might have secreted the Catalyst. A handful of survivors managed to retreat through a star-gate to Ceres, where they warned the fledgling colony of the threat. Afraid that they would find the hidden planet, the last of the Vareene decided, in a desperate move, to activate a powerful cloaking device that would shroud the planet in an energy barrier, hiding it from Congregation probes but also preventing the use of the star-gates. Thus Ceres became a haven, but also a prison.

Isolated for thousands of years, the Vareene slowly forgot their origin. The technological devices they brought became magical artifacts, the useless star-gates abandoned ruins, the force field became known as the “Barrier.” The truth was forgotten, or else evolved over the generations into a kind of religion. The Catalyst that the Vareene came from the stars to hide and protect has become an object of veneration, but no one can say precisely what it does or how it might be awakened once more.

A few millennia later, the survivors still rule the countries of Ceres, only partly understanding the cataclysm that looms in their future. The force field is losing power and will soon disappear, revealing the planet once more. Over so many centuries, the Congregation has consolidated its power over the galaxy, where it deals with pesky rulers of rebel worlds, galactic traders and smugglers, technological geniuses and preachers of alien gods, all of whom will stand no match against the awesome power of the Catalyst…

REALM MANAGEMENT AT ITS BEST

In Seeds of Wars, characters will spend most of their time ruling their Realm in a political and economical simulation game.

Each player will control one of the five different types of Realm: 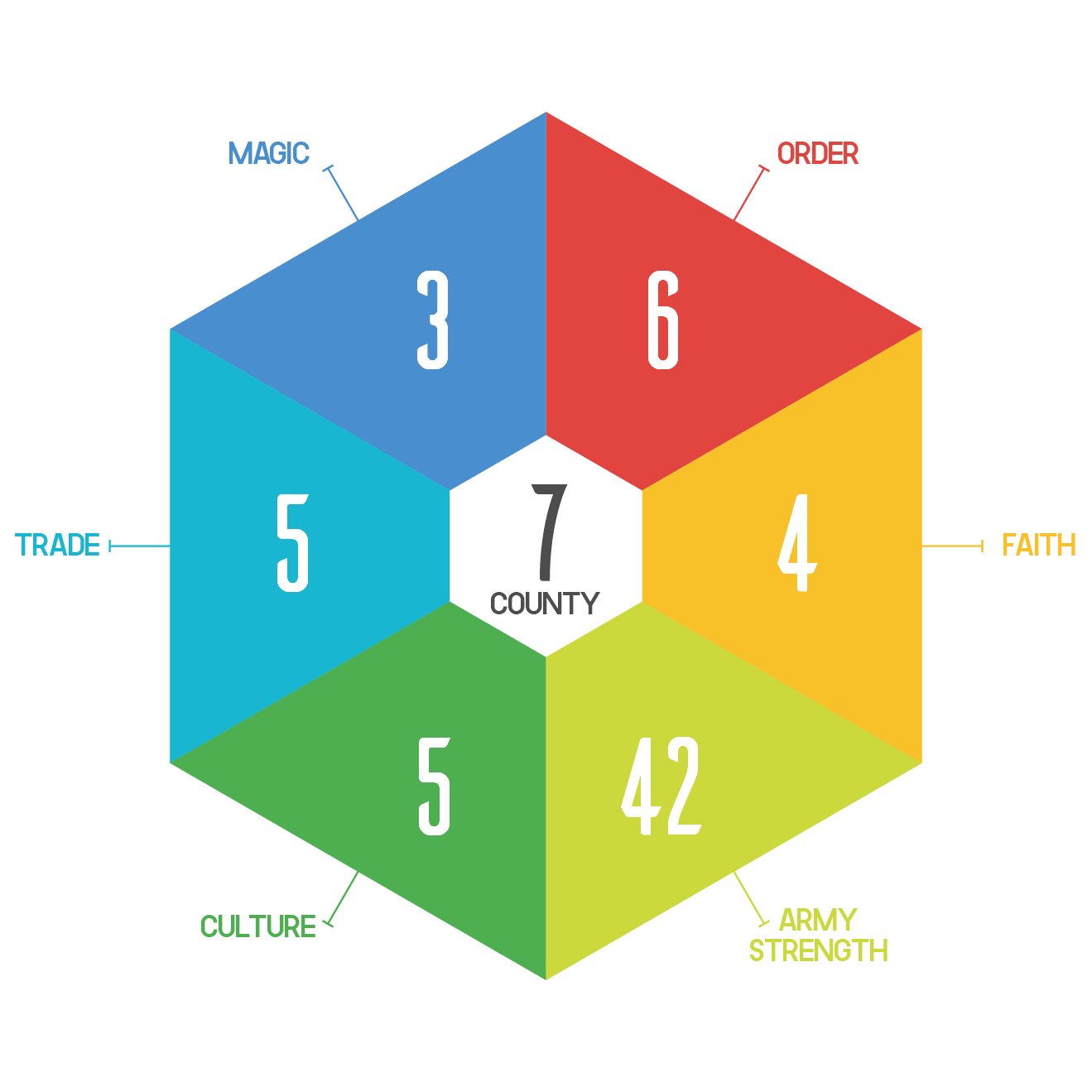 Will you try to increase the influence of your Realm by forging new alliances with your neighbors through cunning diplomacy, or by destroying your competitors using military strategy?

HOW DOES IT WORK?

Unlike actions in traditional RPGs that take place over a number of turns and rounds (minutes or seconds), the actions in SOW spread over months and years. 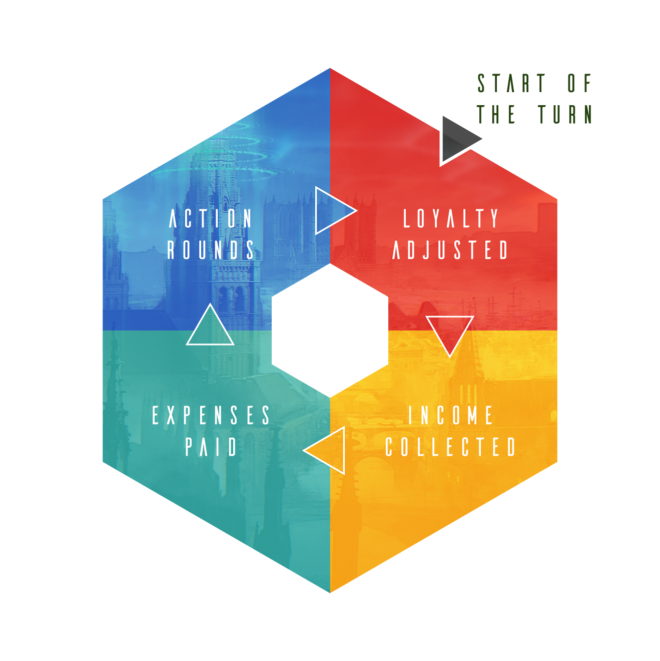 Resources are also measured on a different scale. By collecting taxes and fees, Rulers will increase the wealth of their Realm. They will also earn influence based on their actions, their weight in the balance of the many Kingdoms of Ceres and the attitude of the people towards them. Every action undertaken by the ruler will cost wealth and/or influence.

Geographically, the world of Ceres is divided into Kingdoms and each Kingdom is divided into Counties. There are many actions to choose from. Some of them will only affect a county while others will affect an entire Kingdom.

Because yes, there will be battles. Every ruler will be able to muster an army and use strategic and tactical warfare, gather military intelligence, move troops across the land and occupy the enemy’s lands.

Beware, though, of alliances and treaties. You know with whom you start a war, but you never know who you might meet on the battlefield in the end. 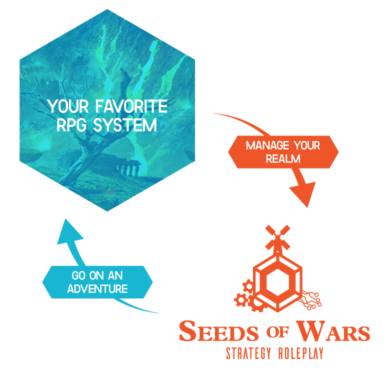 When characters are not sitting on their throne, planning their next move on the diplomatic chessboard, they may join and go on adventure, just like in traditional RPG’s. When you switch to the Adventure mode, you can just use the rules system of your favorite RPG… and hope your Realm will still be yours when you come home!

The Realm management rules are independent from all RPG systems. This means you can create your character with any rules system you like. 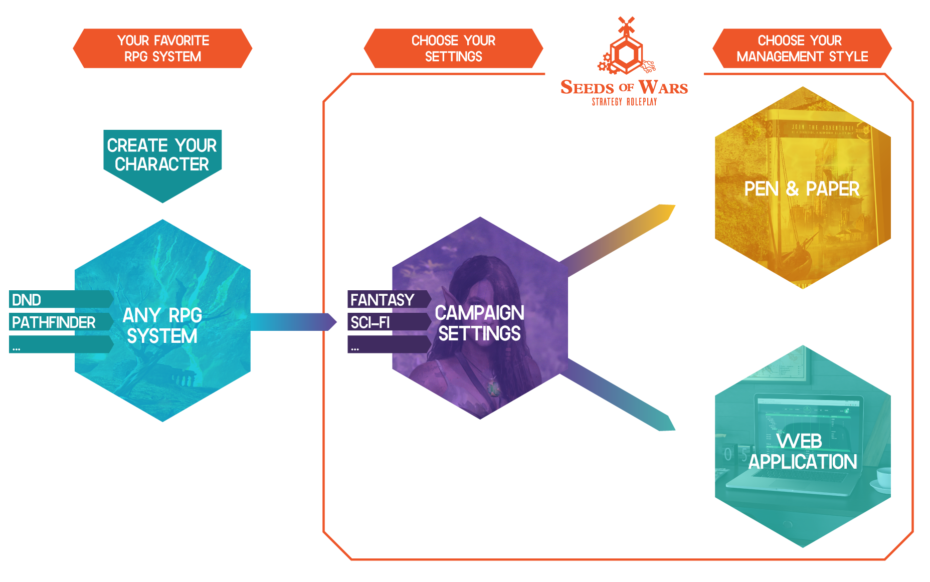 The only thing you will have to do is decide which type of Realm your character is most likely to rule:

ONE WEB APPLICATION TO RULE THEM ALL

Characters may choose to manage their Realm or go on an adventure, but their neighbours will not sit idly by. Keeping track of all the events and actions of both the playing characters and the non-playing characters can be a challenge for the Game Master.

This application does not just act as a bookkeeper for the GM but also offers a lot of tools to help them and the players follow and update the campaign.

The campaigns are hosted on our servers, thus guaranteeing that they will be available everywhere, all time. 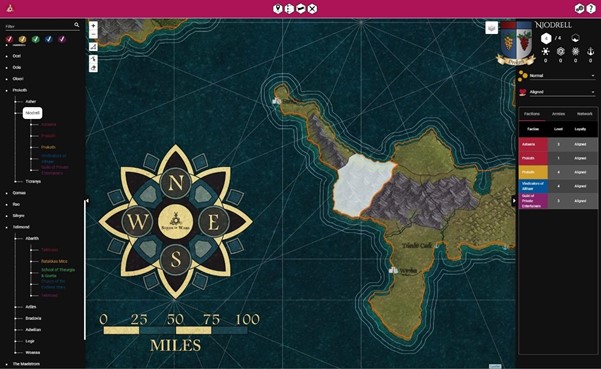