The faction pool contains the list of all factions present in the selected county. Each faction present in the pool is identified by its coat of arms, the Order skill bonus of its leader, and the number of characters fighting for that faction on the battlefield.

By clicking on the number of characters, or on the commander skill value, the GM is able to edit these numbers.

Before the battle can start, the GM must drag and drop the factions that will take part in the battle on to the two different sides of the battlefield.

The “Start Battle” button will only become active once there is at least one faction on each side of the battlefield. Factions that do not take part in the battle can be left in the factions pool. 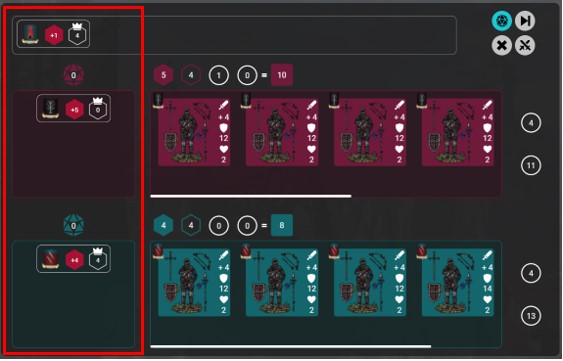