One of the most advanced features of the application is the use of a certain level of artificial intelligence in the management of non-player factions.

The biggest challenge for the Game Master is often to manage the non-player factions and make them progress fast enough so that they continue to compete with the player factions.

The Game Master can pick a difficulty level that will determine how quickly those factions develop, and therefore how difficult it will be for players to deal with them.

To set the automation level of a faction, open the overview tab of the Faction screen in edit mode by clicking on the pencil icon in the top right corner.

Mustering military units is part of the subset of actions that automated factions will perform.

Automated factions will only muster units for which the “unit type” has been flagged as “automated” in the Setup screen by checking the “Automation” checkbox.

The amount of WP and IP gained by the automated faction each season is based on the values set in the “Automation” table in the Setup screen.

Based on the automation level, the WP/IP pool of the automated faction will be increased by X percent. 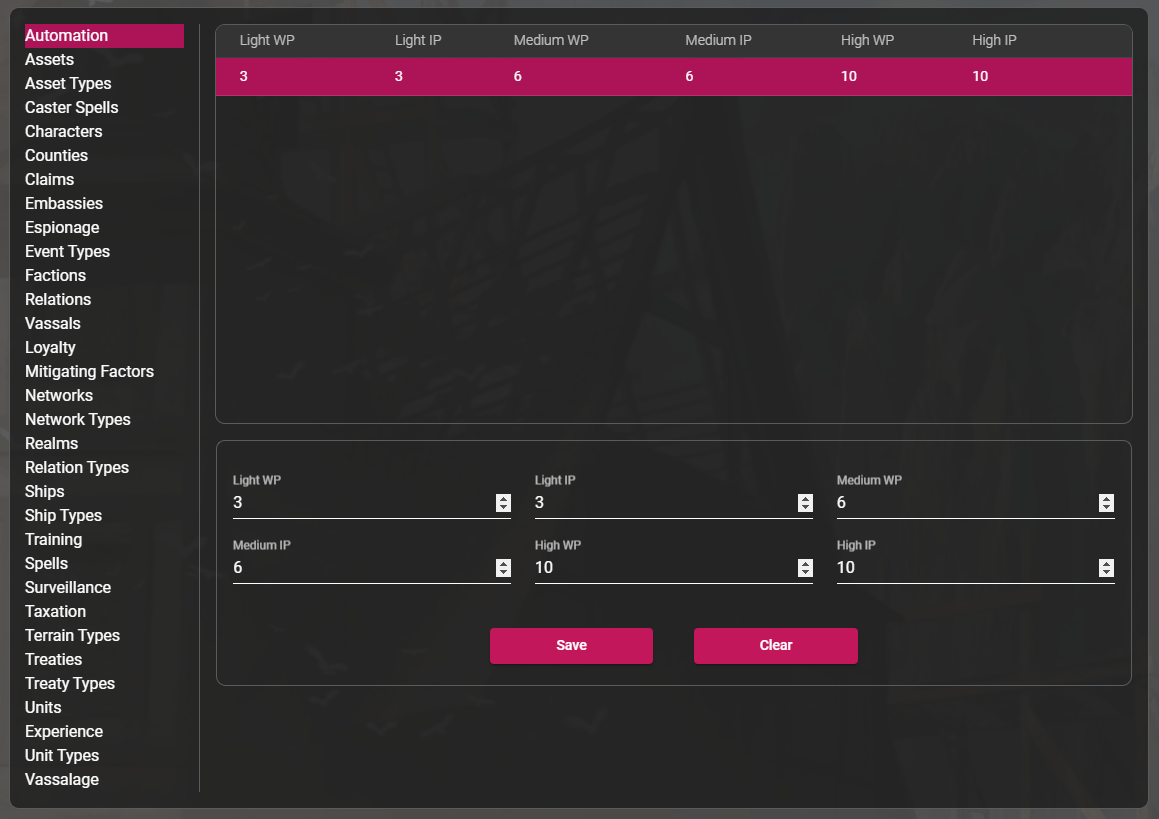