Sorry I didn’t post any update sooner but time flies when you’re busy!

Here is where we stand today; we have completed a first round of playtesting and I just received a couple of hours ago from Rhiannon the feedback of those sessions. What comes out of it is that we still have some work to do before we can hand it over to you guys.

We’re going to re-organize the chapters a little, describing the rules first and then the campaign setting. We also took the important decision to remove the chapter describing the Vareene’s powers as everyone felt it was not system-agnostic. It might be the subject of a later supplement though. This will not affect the foreseen total page count.

It was clear during those sessions that players (including the GM) who had never experienced realm management before were a bit lost as to how to pick a Faction and start playing. As a result, we will add a Glossary and a “Getting Started” section, as well as a small adventure that will act as a tutorial.

We will do our best to quickly bring all those changes and do a second round of playtesting internally to make sure everything feels right before giving access to the files to all our beloved backers.

I apologize once again for the delay and I thank you all for your patience and support. 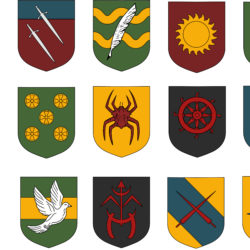 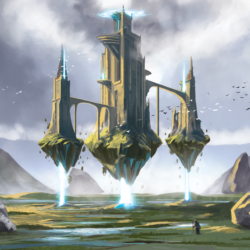