Our most generous backers had the opportunity to take part in the design of some of the NPC Kingdoms and their ruler.

I must say I was very impressed with the feedback we received from them. Next time I should let the backers do the work and write the book for us!

Considering this ideas are posted in a private section of the forum, I thought it would be interesting to share one of these NPC background story, written by Marilynda, with her permission of course.

So here it is, the story of Lena Blackcrown!

Lena is the bastard daughter of the 4th son of the Lord of _______ and the daughter of an Earl in the same country. Her father was whisked into the Calvary where it was hoped he would die or continue his life far from his native land. Her mother was sent to an aunt in _________ to “take the waters” and when Lena was born she was given into the care of a eunuch in the employ of a wealthy spice merchant. Baby Lena grew up in the merchant’s harem, one among many children.

Being a watchful child, Lena quickly learned how to negotiate harem politics. As a lone child with no mother to plot her advancement, she was put to work running errands, learning to mix cosmetics and perfumes and nearly every other chore pertaining to the harem. She was a natural victim of the pranks of the harem women’s children and had she not had the Master of the harem, the eunuch Abashi, watching over her life would have been unbearable. Lena was a tough little girl and learned the wariness of a wild animal.

No one knew, Lena least of all, of her fey abilities, but her latent talent may have helped her through those years. After first flowering she was brought to the notice of the merchant. Lena was tall with beautiful eyes and unruly hair. Otherwise she was unremarkable. The merchant was not impressed; she would be a servant. Abashi was distraught. Over the years he had learned to appreciate Lena’s quick wit and curiosity. She was as close as he would come to having a child and he was the closest thing Lena had to a Father. He could only obey.

Lena would bear the house mark, a sun tattoo on her left cheek. All of the spice merchant’s slaves and servants bore the sun mark proclaiming their ownership. Abashi took coin from his own purse to have a private tattoo artist in the city mark her rather than leave it to the not especially talented artist who worked for the master. Lena’s mark was a work of art.

Time passed, politics changed and the wealthy merchant was on the wrong side of a political crisis. In the ensuing turmoil his harem was raided, the more fortunate courtesans were claimed as trophies and the rest were sold to a slaver, Lena and Abashi among them. As they were herded to the slave pens icy slivers of foreboding settled in Lena’s heart.

Abashi had wealth of his own invested with a local money lender and was able to buy his and Lena’s freedom from the slaver. They fled _______ to a largely unregulated country on the Peninsula of Prokoth. Abashi’s remaining coin was dwindling quickly.

Knowing they must earn money quickly, Abashi sought out a bordello and presented his qualifications to the owner. Elated to have such a prize catch for his house, the owner hired him. He would oversee and guard his “little birds” as the master was pleased to call his workers. In backward Prokoth a refined bordello was unheard of, but the owner knew the market was there if he could exploit it.

The environment was not unlike a harem, and Lena was completely at home with the “little birds”. Lena’s first experience with love making was with the owner and she used all the wiles she remembered from the harem to enchant him. The owner soon realized Lena had more to offer than her body. He hired a tutor to teach her to read and write and he taught her about accounting himself.

Lena’s sorcerous abilities did not manifest at puberty as usual. Life settled into a comfortable routine.

Disaster struck when a pirate fleet managed to slip into the city’s isolated harbor to attack and plunder. The bordello was quickly overrun and the owner was one of the first victims to die. Most of the women and valuables were carried off. Abashi pushed Lena into a closet and faced four marauders in the kitchen. He killed two and severely wounded another before the fourth man ran his sword through him.

Lena heard Abashi’s desperate death cry and the world froze. Indefinable forces coursed through her and exploded outward, the door splintered. The last pirate was bending over Abashi, wresting the rings from his fingers. A charge of white hot rage incinerated him as Lena leapt out of hiding. Hardly aware of what she had done, she crouched over Abashi howling. She sat beside him on the bloody floor and held his lifeless hand while her heart shattered.

Later — she had no idea how much later – she closed his eyes and crossed his hands over his breast in the manner of his people. She slipped Abashi’s last ring from his finger and tucked it into her dress; something to remember him by. Lena left the bordello and surveyed the carnage. Small fires were burning all around her. A few buildings nearer the docks were in full blaze. People were running aimlessly looking for safety. A few men and women had formed a brigade to try to stop the fire in one of the shops nearby. Lena threw her hands forward and water fountained out of the ground quenching the fire.

Unheeding, Lena turned toward the sea. The tide was going out and she could see the tall mast of the pirate ship flying the black flag edging out of harbor. Lena ran to the dock as fast as she could, rage devouring her and urging her to destruction. At the dock she stopped and stared. Her sight seemed to be that of an eagle, she could see the men on the deck clearly. She could see the Captain clearly. A primal scream ripped from her lips as she clapped her hands and pointed. A bolt of lightning took the Captain in a shower of sparks and fire. She clapped and pointed again and again, starting fires all over the deck as she killed one pirate after another.

Lena raised her head carefully. She was inside a shed with rope, nets and canvas stacked neatly around her. The last thing she remembered was crouching over Abashi’s body. She rolled to her side and helplessly emptied her stomach. Waves of dizziness drew her back into the dark.

Lena cracked the door and peeked outside. It was dark. She could see the glow from fires still burning. She heard people in the distance, shouting, and she could hear crying. Her heart felt frozen and it was hard to breathe. It was time to leave town.

She went to the bordello; there wasn’t much of the building left. Fire had consumed it and Abashi. Desolate, Lena stole food from an abandoned eatery and a scorched blanket from an abandoned house. She hid during the day and followed the coast north at night, stealing what she needed along the way.

Lena thought about Abashi, but could not remember much after hearing his scream. Her mind stubbornly refused to recall what else had happened before she woke in that shed. At last, too weary to go further she hid in a grassy hollow and slept the deep sleep of the enchanted.

She awakened when rough hands rudely pulled her out of hiding. Three men quickly tied her hands and feet and threw her across a pack horse. The days following were a blur of thirst and pain. Lena’s mind shut down on everything except survival.

On the fifth day they reached the badlands and stopped. Someone shoved Lena to the ground where she lay winded. When her vision cleared she was looking at polished black boots with fanciful tooling. A leader she surmised. Men were arguing furiously above her.

Fear seized her. She wanted desperately to live. The men left her on the ground and disappeared from sight, still arguing. Lena slept again until someone jerked her to her feet and forced her into a smoky tent. She expected what followed next and her past came to her aid. Afterward the man stared into her face speculatively. He seemed to reach a decision; turning on his heel he flung himself out of the tent. She saw his black tooled leather boots. The rest took their turns. Of course they did. Lena was exhausted and shocked but she wasn’t injured. She slept.

Afterward the men were indifferent to her presence, but no one mistreated her. They moved further into the mountains. They stopped in a canyon where there was a crude cabin and several well-built lean-tos. This was obviously a well-established hiding place for them. Life settled down to routine. Lena was their drudge. She was no longer kept tied except at night.

Lena listened as she worked. The men were discrete but she learned they were highway robbers. Boots, as she had come to think of the leader and the others would leave and return with money or spoils. One man was left to watch camp, usually the youngest of them. On the days they were away Lena did as much snooping as she dared. They had taken Abashi’s ring from her and she wanted it back.

Lena often dreamed about the pirates and Abashi. In her dreams she saw herself at the center of fire and destruction. Sometimes it seemed to her that she was controlling the fires, but other times she was helplessly trapped with Abashi as the fire consumed him.

What was left of Lena’s youth and innocence died in that canyon. Sometimes she felt as cold and hard as the granite rocks around her. She had two goals; to find the ring and escape. When she was alone with young robber she treated him kindly. He was a lonely youth and not especially bright. He thoughtlessly shared more information than he realized and Lena listened. He secretly tamed mouse shared his secret with Lena. He obviously delighted in the furry creature’s companionship. Lena felt some warmth for the awkward youth so she kept his secret and slipped him treats for the mouse from the cooking scraps.

A year slipped past and Lena had become a fixture in the band. She showed no inclination toward running away. One summer night Boots and the men returned from an expedition which had not gone well. Two men were injured and Boots was in a towering fury. The trip had to be aborted without a single coin gained.

The youth and Lena tried to stay away from the rest, but at supper he little mouse escaped the boy’s pocket and scurried over Boots’ hand to peek into his bowl. Boots cursed and smashed the creature. The boy cried out in anguish and Lena drew power.

Afterward they Lena dragged the dead into a heap. The boy knew where the robber’s cache was and Lena found Abashi’s ring. They split the rest of the loot between them, and as they departed Lena unleashed fire hot enough to incinerate the bodies. They separated on good terms.

Lena returned to the coast with her stolen gold and opened a small open-air eatery for working men and sailors. She went on to open a second larger inn closer to the town center. Her new establishment catered to wealthier clientele. With careful management and astute investments she gain influence and power within the city’s political circles. 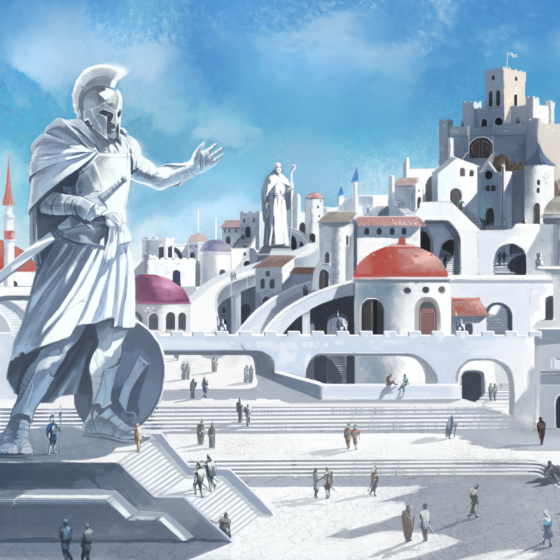 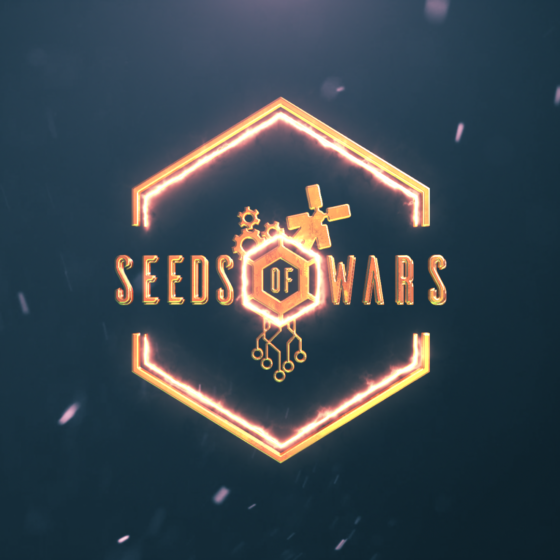 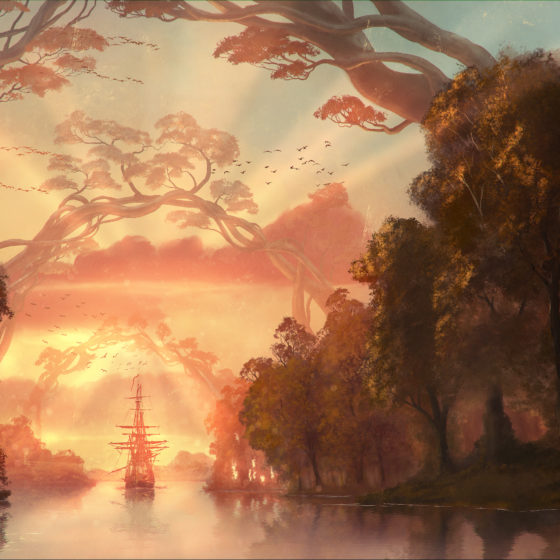 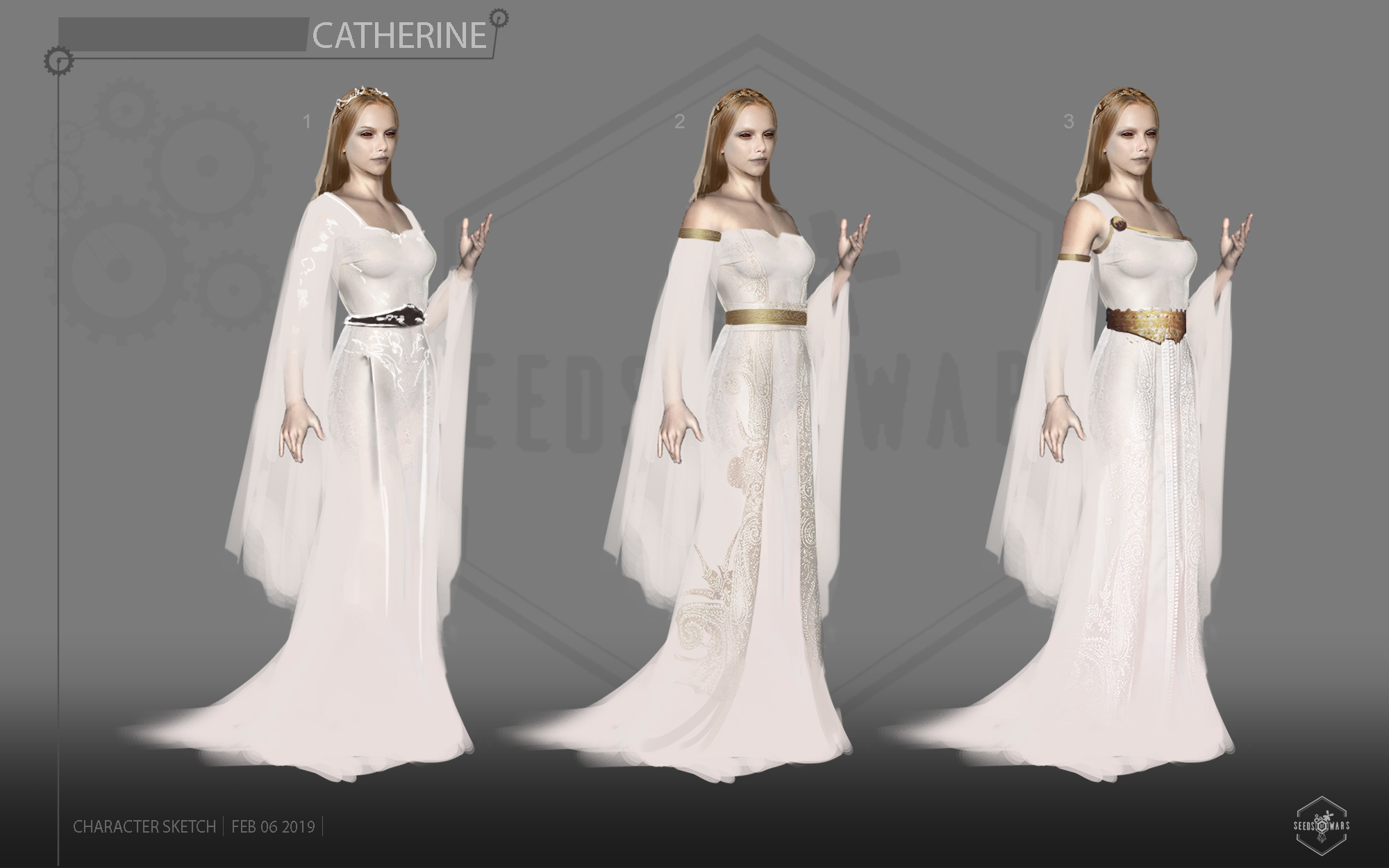