Busy, busy, busy! At last I found some time to give you a short update on our progress. Please keep in mind that everything is still subject to change. We expect to have the final version of the script somewhere in April.

The book will be split in two parts. Part I will focus on the setting while Part II will describe the Realm management rules.

Erik Scott de Bie, our lead writer, is currently finishing the first two chapters about the History and Geography of Ceres. Chris Lites and Rhiannon Louve are working on chapters three and four that complete the first part of the book, describing the different Factions and Kingdoms.

For Part II, Anthony Pryor is half way through the Warfare and Realm Magic rules and we are now focusing on the Realm management mechanics. Erik will also contribute with a small chapter explaining how to integrate SoW to your campaign.

Last weekend I flew to Eastern Europe to visit the company that will take care of printing the book. I myself used to have my own printing company so believe me when I say that I was very impressed by the quality of their products. As a matter of fact, they already print RPG books for most publishers (WotC, Paizo, Modiphius…).

In terms of illustrations, Max Horbatiuk is currently working on the GM screen. I am hoping to have it available on pre-order before the book comes out so those interested can combine the book and the screen and save extra shipping.

Juan Pablo Lozano has been working on the character illustrations for the backers who selected the higher reward tiers. Those will most likely be present in the book as well. You can see an example in this post.

Last but not least, my colleague and I have started working on a web application prototype. Our objective is to launch a new Kickstarter campaign later this year, solely for the web application. We still believe there is a community of players waiting for it! Future will tell.

That’s all for now. Go register on the forum if you haven’t done it yet and don’t forget to sow the Seeds of Wars! The book is still available on pre-order on Indiegogo in PDF and hardcover format. 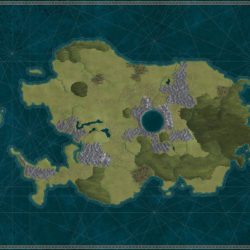 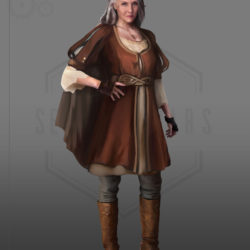