The files have been sent to the printer and the books should be ready to be shipped end of February.

From then on, all will depend on the speed of the transporters. First the books will be split in two shipments. A shipment of 300 French books will be sent to Novalis in Paris for distribution in the game stores across France and Belgium.

We will keep you informed at every step of the process. In the meantime, a new updated PDF version (the one that will be printed) has been uploaded (same link as before). We spent a lot of time reviewing them and tried hard to remove all spelling and grammatical mistakes. Thanks again to all who contributed to this effort. 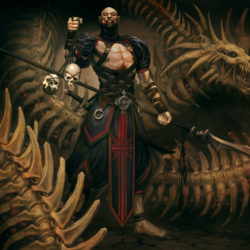