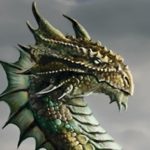 Nice bit of history,  but i kind of feel it shrouds the truth in mystery, if i were running a game session i would must likely alter the story slightly.

The ship carrying the catalyst did not crash due to battle damage, the AI/Spirit/genus Loci of the ship had been corrupted by the congregation,  it no long sought to bring salvation the the Vareen outpost of Ceres but doom.

This corruption of the AIs/Spirits of the Vareen empire were key to their defeat, as the vareen relied heavily on these AIs/spirit due to their own low birthrate.

The AI core scattered and broken repaired itself partially over some years, a fraction of its full potential, it lashed out with its remaining vareen systems, seeking to doom everyone with its reach, within the maelstrom, but eventually it consumed Kurse the necromancer, it learned the political situation of Ceres, it reanimated Kurse as a tool to bring final Doom upon the Vareen.

Eventually the congregation scouts would discover Ceres and the remnants of the Vareen, but whether they would escaped alive to warn the rest of the congregation is up to the campaign,  or if the scouts landing there effectively boosted the Remnants of the Vareen technology a huge step toward space flight and into the modern Era. Will the follow up fleet coming to investigate Ceres to find their missing scouts be able to prevail where the scouts could not? If not can the congregation redirect enough forces from the front currently fighting against a mysterious other far away empire?