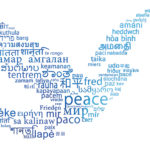 As an influential ruler of Ceres, I, Queen Nausicaä would like to suggest a Small Council Poll.

Shall we resolve to:

a) Grant visibility of some Small Council activity to the people of Ceres in order to facilitate engagement and investment from the communities of the known world, and the development of our people and their communities.

b) Maintain the current practice of secrecy and exclusionary disengagement that both directly and indirectly disenfranchises the majority of the people of Ceres and consolidates the power of the elite few.

I, Queen Nausicaä, would like to submit that a declaration in favour of transparency, jointly reached by the members of the small council, would significantly advance the prosperity of all people of Ceres and advance the socio-economic agendas of all members of this council.

Sincerely, her Royal Highness upon the Garden Throne, Queen Nausicaä.

Heya SoW team & Small Council peers, any thoughts on this?

We would rather keep the Small Council private for the moment.

Once all the backers have registered and we are well into the design of the different kingdoms, we might reconsider  😉

Just a note on this but some of the small council stuff can be found by non coucil members through the use of the unread post button. I was looking to message a moderator but can’t work out how to do so