Skip to content
Forums
The Game
Other Topics
Creative 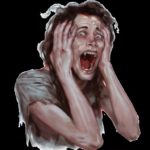 Just posting to get the creative juices flowing.

Wondering what everyone thinks about a great Villain? Do you have a favourite? What makes them tick?

Just to get things started.

Recent favourite: Cersie Lanniser: What makes her tick: Love of her family, lack of compassion for others, family upbringing, blind to her own mistakes. Hated her all the way through GoT and wanted to see her die so badly.

Hi,
Mulled your question over and found that I feel every great villain tends to be linked contextually to the protagonist and story they are in. Cersie worked for GoT but I don't think she would last long in House of Cards.

Coming from that my favourite villains on the table top are vocal, predictable, hypocritical, and petty. I find that combination is key to player engagement as the vocal helps justify monologing, and the predictable means they can be counted on for the players to predict reactions (and the GM has a premade guide to how the villain will react rather than risk making their decision with all they know of the players plans) Hypocrisy is annoying to the players while justifying allies and support to the villain from factions that normally wouldn't support such if he was honest, and petty is often the best chance of creating an act of aggression to the players that should encourage them to react and begin a cycle of gaining momentum of drama.

The same effect that makes these traits poor in classic narrative, their predictability highlighting the twists being foreshadowed by the reader/watcher, I've found actually become hidden from protagonist players who are so involved in their own situation and conflict as they are viewing first person rather than third.

Hi Ramble. Hard to argue with your logic. This seems to fit 99% of the villains in RPG story telling. I wonder if this is because so much of the energy in generating a game goes into creating interesting combat situations. Some of the less combat intensive games I've played CoC and even Warhammer roleplay quite often have hidden protagonist and most of the fun is gained in working out who is the bad guy before putting the 'stake through the heart'.

I do like a villain that has a motive. I'm a sucker for a heartbreak story such as Strahd von Zarovick in Ravenloft. Possibly this is why I like the horror setting so much. 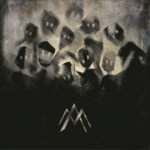 I think you can find both styles in Seeds of Wars. We do have the obvious villains and the realms ruled by 100%% evil characters but we also have all the "regular" realms that are ruled by NPCs who can be good, evil and everything in between, with their own agenda that PCs have to discover. That's part of the fun of playing a realm management game.

@HiHo
That's probably a reasonable assumption on it being also easier to work such villains into interesting proactive combat storylines.
Horror settings certainly help villains with tragic longing motivations like Strahd, though those motivations and horror games I find aren’t my speed. If you can't maintain the tension and themes of the setting, they can veer off and hit the absurdity tipping point that a group of friends around the table start mocking the 'emo-ness' of the villain you have been setting up as GM.
@Blaede
I would hope that Seed of War follows Birthright in being easy for giving all sorts of NPC types as rivals and antagonists.
I am rather more interested in how the management rules support realm characterisation based on the rulers nature, I found that it was solved more narratively in Birthright with reliance on the GM writing values/handwaving benefits into unorthodox evil realms to cover for the realms not being inherently sustainable in the rules. 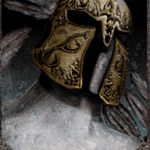 I think empathy is important to villains, players need to recognize their own flaws in what they're fighting, to help reaffirm their own moral choices.

In Ceres specifically and regarding your comment on realm characterization, you'll notice several NPC only realms which have been left intentionally vague so you can handwave a little, as you put it. There's more intentional GM latitude than there was in Birthright, where I found that conflicting rules and editing oversights were my primary opportunities to direct the style of a particular playthrough.